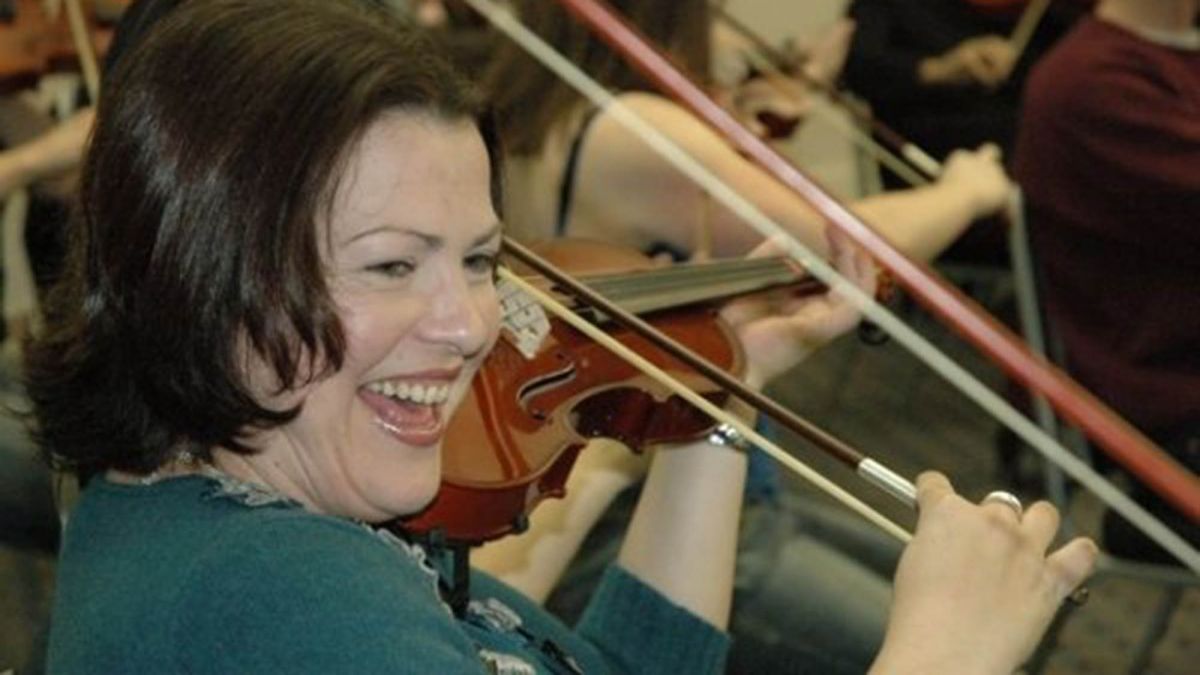 UK and Ireland's emotional support charity Samaritans raise awareness and recruit participants at their second national awareness day - Stress Down Day. Catalyst Team Building UK contributed to this worthy cause by providing a fun, group activity. The activity had to be designed to involve a large number of people and have the ethos of the day in mind. Orchestrate! was the perfect solution.

Catalyst Team Building UK were only too happy to donate their time to organise and facilitate the event, as well as, the cost of the musicians. The Samaritans recruiting participants each paying £25 that went directly to the charity's work.

What happened on the day?

On the day participants learnt to play real instruments including strings, woodwind, brass and percussion. Once the instruments were chosen, they worked in separate sections each under the guidance of an expert musician. Once confident, they came back together and played as one mighty symphony orchestra under the baton of a conductor to play a specially-written, five-minute-long piece of music.

The whole day was a roaring success and the total amount raised was £2000.

"I'd like to say thank you so much for providing us with the opportunity to 'Instrumentalise' as part of our Stress Down Day national awareness campaign. It was the most fun I've had in ages and I think that the concept is a stroke of genius. I felt a huge sense of achievement by the end of the performance and can see how effective this would be in helping build stronger teams. Steve had just the right balance between the discipline needed to get 130 people organised and playing together with the element of fun involved. He was an excellent and motivating conductor. I thought the tutors deserved medals for welding groups of complete novices into basic musicians and all done without any tears! It was very impressive". Dominic Rudd on behalf of Samaritans

Learn to play as a symphony orchestra in just 2 hours!

Kingfisher Sourcing get outside & active

Welcome to Catalyst Team Building Romania. This site uses cookies to improve your experience and deliver personalised advertising. You can opt out at any time or find out more by reading our cookie policy.